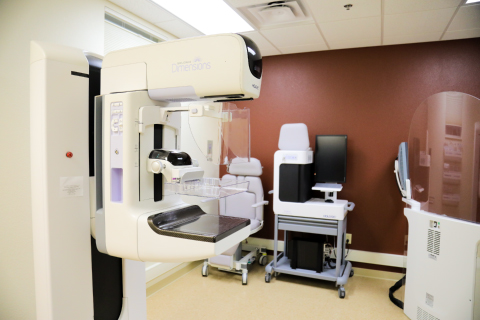 Mammography is a specific type of imaging that uses a low-dose x-ray system for examination of the breasts. Most medical experts agree that successful treatment of breast cancer is linked to early diagnosis. Mammography plays a central part in early detection of breast cancers; because it can show changes in the breast up to two years before a patient or physician can feel them.

Mammography cannot be used alone to evaluate for breast cancer. Every woman should get regular exams by their physician and do self breast exams. Findings on mammography may be indeterminate and lead to more specific tests, such as extra mammographic views, ultrasound or breast MRI.

Both digital and film mammography use X-rays to produce an image of the breast.

Digital mammography takes an electronic image of the breast and stores it directly in a computer. Digital mammography uses less radiation than film mammography. In addition, this imaging technique has reduced image artifacts. Because of the digital acquisition and processing, digital mammography allows for fewer repeat images. It also allows improvement in image storage and transmission because images can be stored and sent electronically. Radiologists also can use software to help interpret digital mammograms (see Computer Aided Detection).